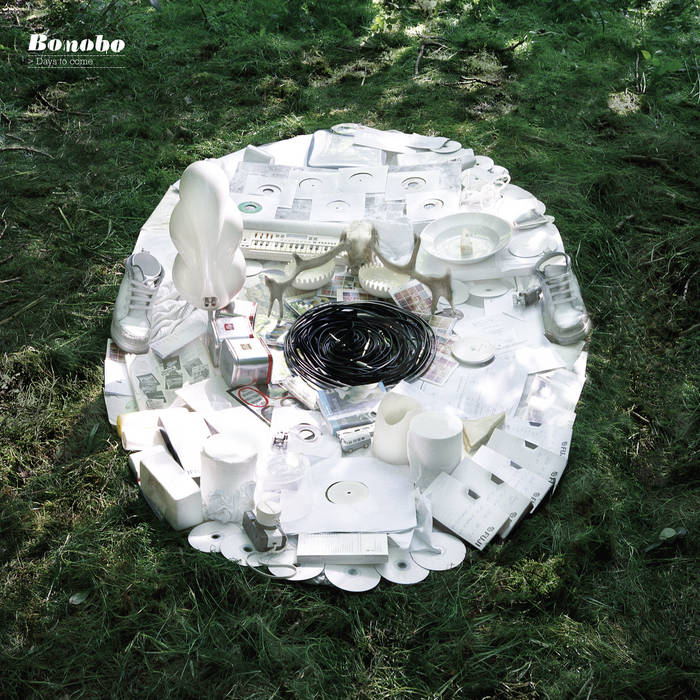 Antonio Miranda Recurring was the very first song I heard from Bonobo a couple of years back at Pandora, and I absolutely loved it. It really stood out from everything else in the station I was listening to. Now I get to enjoy the rest of this beautiful album.
Favorite track: Recurring

Jen favorite track:
If You Stayed Over
*can't automatically play this track, click on the album and give it a listen.

Found through Bandcamp weekly - more past releases to explore. Kind of makes me think of a Morcheeba/ Radiohead collaboration. Sexy, moody, awesome.

wendigo017 all the instruments and tones are just beautiful. one of my favorite albums for years now

Simon Green aka Bonobo returns with his third album and the kind of quantum leap in quality that very few artists make. “Days To Come” has the feeling of a classic all over – a big, brooding, emotional and uplifting record that you can dance to, do the dishes to, or sit and really study.

Green has always been expert at welding together music dripping with atmosphere, combining his own musical and technical talents in such a way as to make utterly organic-sounding machine music. This is not just a knob-twiddling producer but a multi-instrumentalist at work, who writes, plays and then manipulates almost every note of music he releases. And “Days To Come” shows a new structural awareness growing from this, a feeling for the song form and the gradual build which raises it way above the work of many of his contemporaries and cries out for him to achieve the kind of mainstream success that has talent has long hinted at.

Bonobo’s debut album, “Animal Magic,” was released by Brighton label TruThoughts just as the journalistic vogue for “chill out” music began to peak, the Observer said “anyone in search of the ultimate summer chill-out album should buy this debut.” Having rejected the advances of more than one major label, Green decided to sign with Ninja Tune and for them he produced “Dial M For Monkey,” a brooding and intricate record which not only continued his move away from traditional sampling techniques, but broadsided the idea that he only made music for people to listen to in transcendental bubble bath yurts. The Independent labelled him a “name to watch”. Now, with “Days To Come,” the processes and techniques he developed on the transitional “Dial M…” have reached fruition, mainly (though not solely) because “Days…” could be seen as a collection of songs.

Rather than turning himself into a producer-for-hire on his own record and delivering a compilation album, Green found one main singer to work with, and her voice certainly adds that crucial edge to proceedings. Bajka (pronounced ‘Biker’) grew up as part of Embryo, a travelling music commune, whose journies took them through Afghanistan, Nepal and Pakistan. Now based in Germany she has released records on labels such as Ubiquity and Compost. A smokey, soulful singer, she sounds as at home on the big band soul-jazz of “Between The Lines” as on the more melancholic “Nightlite”, which Zane Lowe has already started playing on his Radio 1 show as a sunsetter anthem. Green is also joined by labelmate and fellow Brightonian Fink on the beautiful come-on “If You Stayed Over,” a gem of emotional pop that sees both of them at the top of their game.

Green hasn’t abandoned the instrumentals, though. “Ketto” arrives with a dreamlike intensity, “On Your Marks” hits with the all the force of early-era Shadow, while Part 2 of “Transmissions94” is amongst the most beautiful and transcendent music that this quiet and self-effacing producer has yet crafted.

With his fantastic band (in which he plays bass and with whom he has headlined the Big Chill and the Glade at Glastonbury) set to transform these studio pieces into living, breathing music, the stage is set for Simon Green to step up. The days to come look bright indeed, but sad and beautiful and lovely, too. Don’t miss them.

outré black metal, with a Victory Over the Sun interview and music from Liturgy and Jute Gyte.