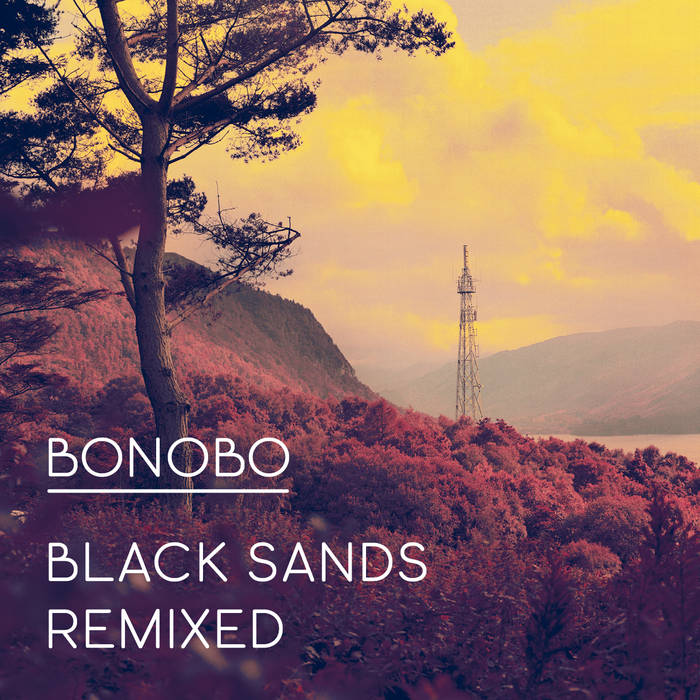 Black Sands Remixed” gathers together a group of like-minded musicians and producers to interpret this classic album. Most of the material here has never been heard before (versions of a couple of the pieces were used as part of Ninja’s 20th anniversary XX campaign) and has been gathered with assistance from renowned DJ and label-head Alexander Nut. Recent Brainfeeder-signing Lapalux kicks things off with a meticulous, sensuous re-work of “Prelude.” Banks fills “The Keeper” with spooky atmospherics. Cosmin TRG re-imagines “Kiara” as delicate heartbeat-house. Floating Points spaces “Eyesdown” out and adds to the groove, while ARP101 (better known as D&B producer Alix Perez) gives the tune an electronic re-lick and DELS adds heartfelt lyricism to the original. Later in the record, Machinedrum turns the same tune into hyperactive percussion and echoed loops of sound. FaltyDL shows a subtle, understated exercise in rhythm and atmosphere for his re-work of “All In Forms.” Mark Pritchard lets in the air on “Stay The Same,” to create delicate, dub-soul. Mike Slott fiddles with the pitching on “All In Forms” to create robot emotion. Blue Daisy cuts up and plays with Andreya Triana’s vocals until “Stay The Same” really is “Not Quite The Same.” Duke Dumont finishes the record with an incredible use of ambience and orchestral build on his ‘reconstruction’ of “Black Sands”. Bonobo himself makes two contributions. “Ghost Ship” (originally given away to promote the XX celebrations) reminds the world of Si Green’s obvious talents, combining as it does a classic Motown shuffle with lashings of wobbling bass. “Brace Brace” is, quite simply, beautiful, showcasing once again his grasp of instrumentation and tone.